The ABC of Sports Betting Online 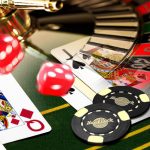 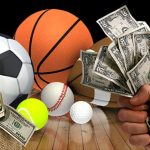 What To Do After Winning The Lottery

At some point, we’ve all thought about what we would do if we won the lottery. Even if you’ve never played, the thought is almost impossible to ignore whenever you hear about someone winning tens (or even hundreds) of millions of dollars. With all that money at stake, it’s tempting to see past the overwhelming odds and towards the glimmers of hope that stir up all kinds of emotions. Of course everybody would like to have more money, and there is simply no other way to potentially make so much money with so little effort. Because of this, it’s easy to get sucked into the fantasy of winning.

So we focus on all the things we would buy and all the problems that would go away. We think about the happiness and excitement of being able to afford everything we’ve ever wanted as well as the relief of never having to worry about money again. We focus on all the reasons people play the lottery in the first place, but that’s usually where most people stop thinking. It’s far less exciting to think about the more practical concerns associated with winning the lottery, and there seems to be little reason to worry about potential burdens we will probably never encounter.

However, even greater than the probability of any given individual failing to win the lottery jackpot is the likelihood that someone eventually will win it. And of the select few people who are fortunate enough to fall into that category, even fewer are likely to be prepared for what comes next. And what comes next is nothing short of a whole new life with a whole new set of concerns.

Most people have had their entire lifetime to adapt to the idea of having too little money, but far fewer know how to handle a sudden excess of it. I hesitate to use the term “too much money,” but when the amount is so large that a person is unable to maintain control of it, that is essentially what it becomes. Now of course, the average person is unlikely to feel much sympathy for a recent lottery winner. But it is worth noting that a staggeringly high percentage of people’s lives have actually been ruined by winning the lottery. Aside from countless examples of winners going bankrupt, many have also developed various addictions and destructive habits, several have taken their own lives, and a few have even been murdered.

Clearly, the simple act of winning the lottery is not what determines the outcome of that person’s life. Instead, it is the way that person handles the event which ultimately affects their general well-being. We all inherently understand that simply playing the lottery does not guarantee great wealth, but it is equally important to realize that simply winning it fails to guarantee a greater level of happiness. Rather, it can only provide the opportunity to obtain a better life. Ultimately, the winner must control the money, not the other way around.

One of the best ways to maintain control is to plan and prepare before anything has a chance to get out of hand. This means that extensive precautions must be taken before that winning lotto ticket is ever redeemed. Despite great anticipation, there is certainly no need to rush off to the nagaland state lottery commission right after winning. In fact, most lotteries give winners several months (not days) to claim their prize. If treated properly, this time can prove to be nearly as valuable as the ticket itself.

The first (and most obvious) step is to figure out what to do with a winning lottery ticket. But there is much more to do after that. Other responsibilities include finding legal representation, tax attorneys, and financial advisors capable of supporting a lottery winner. And although it might be easy to find plenty of people who would love to work with someone who just stumbled upon millions of dollars, this does not necessarily qualify them for the tasks ahead. You probably wouldn’t want to have your hair cut by someone who had never worked with hair like yours before, so why would you trust someone to handle huge quantities of your money if they had never worked with a lottery winner before? A person’s financial future is far too valuable to risk upon unproven services that may or may not be able to meet that person’s needs.

But unfortunately, finding the right kind of help is easier said than done. Not a lot of people win huge lottery jackpots, so there aren’t a lot of people who have had them as clients before. And even those who have don’t necessarily advertise that fact. So what is a lottery winner to do? Well, one option would be to open the Yellow Pages and spend days (or preferably weeks) calling around, researching, and comparing services in hopes of finding the right group(s) of people for the job. But, of course, that’s no fun for an antsy jackpot winner, not to mention that it makes it incredibly difficult to keep such a juicy secret.

The other (and probably much better) option would be to contact a company that actually specializes in helping recent lottery winners assemble a proper team of advisors and representatives. Such services recognize the unique needs of winners and know exactly which situations call for which solutions. For example, an elderly retired couple is going to have vastly different needs than a young college student who just won the exact same amount of money. Luckily, there are a few professionals out there who are used to dealing with various unique circumstances and are able to use their experience to help winners maintain control of their money and obtain the lifestyle they desire.

However, it is often surprisingly difficult for lottery winners to figure out what it is they actually want from life. Sure, everyone can rattle off a few luxury items they’d like to have if money wasn’t an issue, but simply having nice things is rarely enough to keep people content. After a short while, boredom begins to set in, and one’s fundamental focus naturally shifts to doing things. And that tends to require a little more soul-searching. This is one of the major reasons why many people end up essentially destroying their lives after winning the lottery. After the rush of buying things begins to die down, people often seek to replace that feeling by either buying even more expensive items (and ultimately blowing through all their winnings) or by turning to another source for this feeling. Unfortunately, this role is often filled by vices such as gambling, sex, drugs, and alcohol. And continued dependency on such behavior tends to end very poorly.

That is why it is important for winners to figure out at least one thing they are passionate about and to structure their lives accordingly. If family ranks at the top of the list, it probably wouldn’t be a good idea to move off to Maui without them. If there is a charity that’s near and dear the heart, it would probably be more fulfilling to become a volunteer and actively work with that organization on a regular basis than to simply sign over one big check and be done with it. If a car enthusiast won the lottery, it would be more advisable to attend a few performance driving schools and gradually enter some sanctioned race events rather than to just buy a bunch of fast street cars and eventually wrap one around a tree.